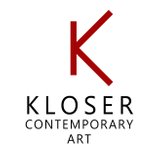 A lawyer turned journalist, Kiro Urdin studied art and cinema in Paris in the seventies and has been painting since 1985. He is known for his energetic paintings which have been exhibited worldwide since 1986 in cities like Paris, Yokohama, Los Angeles, London, Stockholm and Bratislava. During the same period, in 1988, Kiro went to New York and Hollywood to pursue his film ambitions. There he directed four films, and he keeps on directing documentaries and experimental films today.

In 1996 Kiro embarked on an epic journey around the world to create the first painting to be worked on all over the world. His idea was to incorporate a piece from every place he visited, thus symbolically bringing the world together in one undivided unity. It took him two years and over thirty locations, from big urban cities to ancient world sites: the Wailing Wall in Jerusalem and the Tomb of Jesus Christ, New York, The Berlin Wall, Ohrid, Brussels, Knokke-Zoute, Bruges, Paris, Rome, Pompeii, Pisa, the Suez Canal, London, Stonehenge, Athens, the Nile, the Great Pyramids in Giza, Kenya, Machu Picchu, Cuzco, Bangkok, the Forbidden City and the Great Wall of China, Tokyo, Kamakura, Mont Saint-Michel, and Eindhoven.

A Macedonian film crew was hired to document the effort. Planetarium. the documentary film was subsequently released. Directed by Ivan Mitevski, it won Best Documentary at the New York International Independent Film and Documentary Festival in 2005. A monograph with photos taken during the two-year trip by Marin Dimevski was released simultaneously to the movie. Today the painting is exhibited at the Danubiana Meulensteen Art Museum in Bratislava.

Planetarium Dance is collaboration project between Kiro Urdin and Toronto-based choreographer Debbie Wilson. On seeing the film, Debbie approached Kiro and proposed to expand the Planetarium experience through a new medium - dance. Macedonian composer Venko Serafimov was called onboard to compose the music for the dance. The ballet features eight dancers from Wilson’s own troupe, a local Toronto contemporary dance company, and seven from the classically trained Macedonian National Theatre. Planetarium Dance premiered at the Toronto Dance Theater (Canada), and since has been performed in Ohrid, Heraclea, Skopje, Chicago, Ankara, and during the commemoration of the United Nations 60th Anniversary in Geneva (Switzerland).

Urdin’s work has evolved beyond traditional media like film and paintings to include dance, sculpture, literature, photography, philosophy and design. He has published over 15 books, some with his thousands of aphorisms, and one book of poetry entitled Novel, from which his poem Light was selected for the Pushkin Festival in Moscow.

Working from Belgium, Macedonia and the U.S.A., Kiro Urdin is vibrantly driven in his efforts by one unifying philosophy: to bridge different cultures together, and to bring all art forms into one. Or as he defines the slogan of the Planetarism movement which he founded: 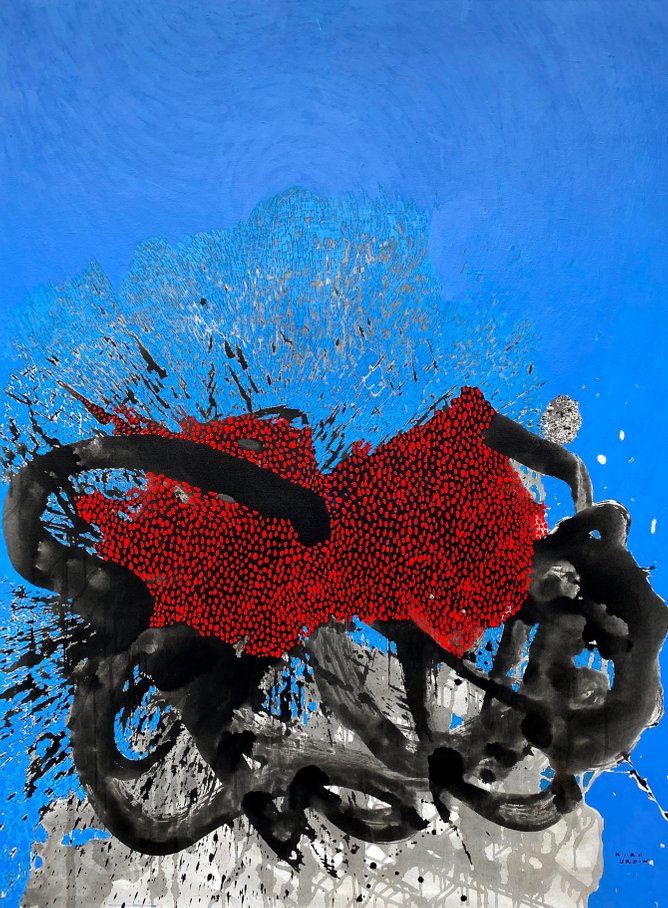 Regenesis is the second exhibition of Kiro Urdin’s work at the gallery. While completing his COVID-time performance of painting 500 small format paintings concentrated on the human form in all its infinite diversity, Urdin also further explored the concepts behind planetarism in a series of large canvases depicting the cosmos and an imaginary rebirth of humanity.

At the core of the artist’s interpretation of the world lies the idea that all is converging into one, that multiplicity is unity and that we are all interconnected with everything. Based on this paradigm the artist freely travels back into time and the universe to visually and poetically represent the rebirth of our galaxy, of our planet, of our moon and of us, humans. A symbolic regenesis that was triggered by his human and philosophical observations during the pandemic.

In this selection of ten large scale works in oils on canvas, Kiro Urdin invites us to abandon ourselves into his infinity of geometrical shapes and endless color fields, to travel back to the beginning of all things.

From his mind-blowing X Galaxy, we jump to the Alpha Galaxy, where a Regenesis event gives birth to a bright red Nucleus, which in turn generates a Red Planet and a satellite Moon.

From these new fundamental astres, Kiro Urdin metaphorically depicts the red star imploding as the Rebirth of the Dogon, a symbol for a new man who must be born. Urdin’s work has often revisited concepts of the Dogon cosmogony, and his travels in Africa are an important inspiration in many of his paintings, writings and films.

Back to our space odyssey and we zoom further into this galactic saga as the artist introduces a society of learned teachers in Academia. One could see them as savant guides meant to shape the new Citizens, among whom new cultural patrons like the Medici of old will reflourish the world with art, light, beauty and hope.

From this visually cosmic trip, the viewer will retain a strong optimism and a faith in humanity which is fundamental in all that the artist creates. But one must also pay attention to what constitutes a uniquely luminous color ride as can only too rarely be experienced in contemporary painting. Pigments are the second core in the artist’s creative process.

The second series of paintings presented in this exhibition are taken from the ensemble of 500 works which Kiro Urdin painted during the 2020 and 2021 lockdowns, a manic performance meant to reassert his faith in the whole and the individual, always converging for the artist. The human reactions to the virus and its death threat have been an important source of inspiration for many artists who have used it to underline inequalities, imbalances, and horror, as well as togetherness, mutual aid and love.

This selection of ten works in oils on paper display the infinite variety of human traits and silhouettes, a universe within a universe. A chance to look at ourselves in the mirror as our being reflects in each and every portrait Urdin makes.

Compositions like Fusion or Expectation echo the larger canvas works in their references to creation, to genesis, while visually charged human shapes like those in Intrusions of the Night or Elements connect the human being to its surroundings. In his close ups, Urdin sometimes seems to distantly reference the human depictions of the Moderns. One could argue that the latter were also artistic attempts to decompose and recompose the individual being and human relationships in reaction to a fast-changing world in the early XXth Century, a period equally wounded by a most deadly pandemic after the Great War.

In essence, Kiro Urdin’s new work is intemporal. Its timelessness resides in its formal and philosophical subject matter as well as in the artist’s concern for universality, as expressed in his many writings documenting his vision of planetarism, a movement he initiated in the nineties.

Under his brush, our histories align into one single story, Life. 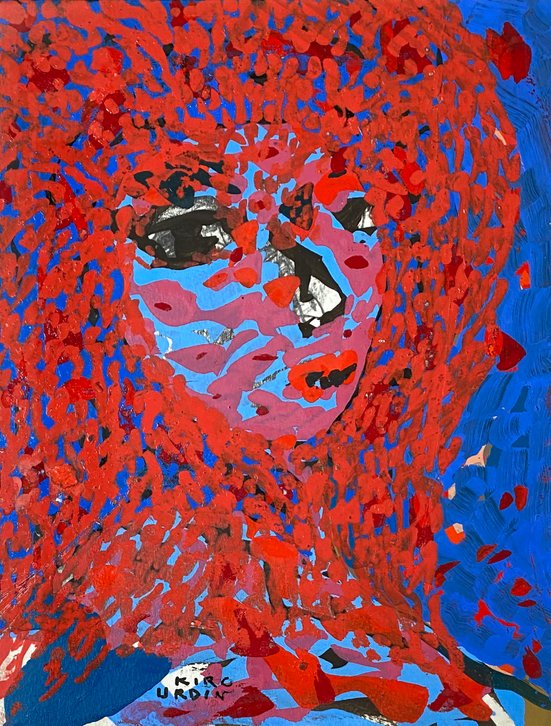